What to Do When Audited By the IRS

by Corey | Manage Your Finances, Taxes

As many of us know, we all remember exactly where we are when we receive traumatic news. Just think of 9-11. If I were to ask you where you were when the planes hit the twin towers almost fourteen years ago, I’m sure everyone of you could tell me without thinking twice (unless you are too young too remember).

While not nearly as traumatic, I remember the scene clearly when I heard the news that I was being audited by the IRS.

My wife and I were coming home late, and I opened up our mail box to discover a large envelope. Since it was late, it was hard to read the return address. I walked in our front door, flipped on the light only to discover that the package was from the Internal Revenue Service.

“Oh No,” were the next words out of my mouth. Okay, maybe that’s the PG version, but the meaning is still the same. Mrs. 20s was obviously confused by my expletive.

Being Audited Isn’t All That Clear

When I opened up the package, I was skimming the letter. If what I suspected was true, I wanted to know as fast as possible. There were several pages, so I was scanning, flipping to the next page, scanning some more. I was looking for something that said “audit,” but found no such thing. Instead it used words that read “compliance research examination.”

Oh, that sounds harmless. NOT!

A few more minutes reading and re-reading the letter, googling the forms that we received and I finally figured out that my wife and I were being audited for our 2012 return. It was a long and hard process, but about 8 weeks after that late night surprise, I received the letter from the IRS agent letting me know the results of the audit. Read more about my story and what you should do when being audited by the IRS below.

Why am I being Audited by the IRS? Scenarios that Trigger an Audit

One of the first things that I wanted to know was WHY.

Or, more specifically, WHY ME?

Kiplinger has published a list of 15 red flags that will lead to an Audit by the IRS. This is a helpful list for anyone to read, but the author makes a huge presumption: you are being audited because you made a mistake. If you read through the list, almost every single item is a mistake, whether it’s intentional or not. The list includes: not reporting all of your income, taking too many deductions, claiming unreasonable expenses. All of the common sense items.

What the article fails to cover is that not all audits are a result of a mistake. In reality, there are three simple reasons why you are being audited as outlined on the IRS website:

Understanding why you are being audited is not only important to understand what will come next, but also how you should respond.

Being Audited by the IRS? Here’s What You Can Do

Let me be clear – I’m not a tax expert, but I wanted to share my story so that those facing a similar situation will be well equipped to handle the traumatic event. So, what should you do first?

1- Freak Our a Little 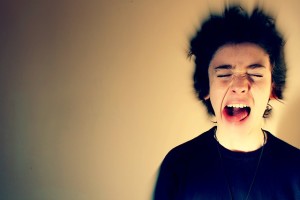 That’s right – you can and should freak out, at least a little bit. It’s a normal thing to do. To say that I freaked out would be a little bit of an understatement. I immediately was searching online for tips, emailing friends who had a finance background, etc. In fact, I couldn’t sleep much the first night.

Now that you’ve gotten that out of your system, let’s move on to more productive steps when facing an IRS audit.

One of the first things I was told is that IRS agents are reasonable people. Those close to me were telling me this because I think they could sense that I was freaked out. And rightfully so.

Everything that I had heard was that hype. All I knew was that you never wanted to be audited by the IRS. I hadn’t ever interacted with the IRS, so I had nothing to base my judgment on. Now that I am on the other side of an audit, I can say that IRS agents are reasonable – don’t let the stereotypes scare you.

3 – Determine which type of audit you are facing

Believe it or not, there are multiple types of audits. Most people assume that you are audited when you make a mistake or when you do something that puts you at higher risk of being audited. While that is true for most people, that’s not the only type of audit.

In fact, there’s another less frequent type of audit that is entirely random. Yes, before you let everything that everyone else has said about IRS audits make you believe that it’s not REALLY random – it is. In about .01% (yes, that about 1 in 10,000) people are selected for a truly random audit, which helps the IRS research what tax returns to audit in the future.

The next thing that you can do when being audited is to review your tax return that is in question. Hopefully, you pay close attention when you are actually filing your taxes, but at the very least, it’s always a great plan to review your tax return when learning you are being audited. If you are going to be questioned about something that happened almost 3 years ago, make sure to become familiar with what you sent into the IRS.

5 – Respond to the IRS Agent

When I received my audit, it was originally sent to my old address. While I have my mail forwarded, it took a while to get to the new address. As a result, I was reading the letter days after I was supposed to respond. You can imagine how this made me so much more stressed.

While it’s a good idea to get a better sense of whether there will be concerns, you shouldn’t wait too long to respond to the IRS agent. As I said, IRS agents are reasonable people and my IRS agent definitely appreciated my quick responses throughout the entire process.

6 – Decide whether or not to get professional representation

One of the first things that I had to decide was whether I wanted to seek professional representation. On the one hand, I had earned a lot of money through a side business, so I had a lot more room for error. I thought hiring a professional might help protect my interests.

Why I Decided Not to Get Professional Representation

However, I ultimately decided to proceed without hiring professional representation for several reasons 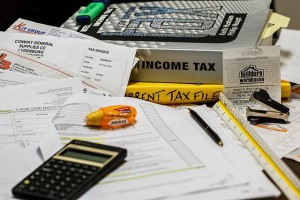 One of the first things that you will have to do when audited by the IRS is to gather your files. It’s my understanding that the necessary files, receipts, statements will depend on the type of your audit. Since mine was a random audit used for research, I was forced to present all of my statements, receipts, etc. Yes – ALL of them.

This meant I had to contact old banks (some of which I had closed my accounts), mail a letter requesting old statements, find old emails and receipts, etc. It took several hours over a couple of weeks to get all of the information. It wasn’t an easy process – which again speaks to the importance of saving all of your statements for at least 3 years – but once you gather all of your files, the hard part is done.

Last, but not least, you should be honest with the IRS. If the auditor catches you in a lie, it will only make it worse. There were several times that I had to look back to my notes for confirmation of expenses. If I had just made something up, I could have been caught in a lie.

Bonus Tip: Only say as much as you need to say. As with any sort of legal inquiry, don’t try to over-explain circumstances, as elaborating on things have the potential to make things worse.

So, How Did My Audit End?

After 8 weeks of waiting, going back and forth with the auditor, being stressed, staying up late several nights, I’m happy to share that my audit was closed without action.

In other words, the IRS agent found no issues with my tax return. That’s right – I’m proud to say that with the advice of friends and family, I successfully navigated the most thorough IRS audit that exists.

How to Get a Clean Audit from the IRS

Being audited may be scary, but it doesn’t have to be. Here are several things that you can do to ensure you get a clean audit from the IRS: