You’ve heard the stereotype before – Americans are spendthrifts. All American children get smart phones on Christmas and no expense is spared on the holiday season. While it is true that Americans spend a great deal of money on Christmas, the gossip around the world is lacking in proof.

Do Americans really spend more than other nationalities on Christmas gifts? The answer is probably going to surprise you. 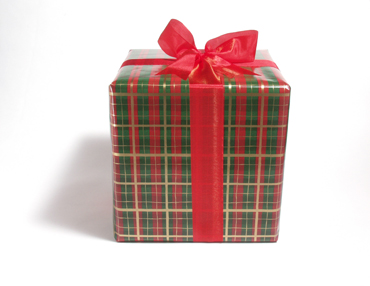 Canadians are in a Christmas state of mind when November rolls around. Two thirds of Canadians start holiday shopping before December. Meanwhile, over one-third of Canadian men wait until the last minute, saving all of their shopping until the last two weeks. There’s one male habit that transcends even geography.

$674 Canadian Dollars; that’s what the average Canadian has budgeted for gifts this holiday season. The statistic is brought to you by a BMO survey of 1,000 Canadians. Based on today’s exchange rate, it works out to about $684 American Dollars.

It’s not all spotted dick and chestnuts for Christmas in the UK; they buy gifts, too. Albeit, fewer gifts than last year. Given the rough financial state of the nation, total spending on Christmas is down about 30 pounds, from 865 to 835.

The average UK citizen budgets 634 pounds sterling to buy gifts for friends and family, according to a government survey. While the number looks smaller compared to the Canadians across the pond, after currency translation with today’s rates the average UK family will shell out $1,030 in US dollars.

Smart phones for all!

So what’s the average American shopaholic about to spend on gifts? Well, if you bet money on US to top other English speaking nations, you just lost by a long shot. According to the Nation Retail Federation, the average American is budgeting $422 – nearly half of what those in the UK or Canada are budgeting.

It might be tempting to revise the American stereotype and assume that the US is the world’s global Grinch. However, average household spending in the US isn’t just smaller when it comes to the gift budget.

Americans are going to spend roughly $750 on the whole holiday. Those in the UK will pay out $1,357 in dollars. Canadians, on the other hand, win the spendthrift award in total dollars – they are planning a total expense of $1633. Comparatively, Americans have the more modest budget.

Sure there is room to debate whether Canadian and UK families are putting money to better use. Americans might be spending less on Christmas because they’ve maxed all their credit cards. However, the stereotype of the US holiday shopper is clearly inaccurate.

Why do you think Americans spend less and the UK and Canadians spends more on Christmas? Are Americans better budgeters/savvier shoppers?