Emergency Expenses – How Young Adults Can Expect the Unexpected

Today, it seems like everywhere you turn financial advisers and mentors are instructing people to have an emergency fund. While young adults may struggle with saving money, I believe that my generation is going to succeed in this area because of certain advantages that they have. Despite my (perhaps illogical) confidence in people just starting out, it still is something important to cover.

The simple fact is that emergencies do happen. If you are younger, you may think you are invincible or have a lot of time to think about certain things, but nothing is guaranteed. Ever heard the saying, “The best defence is the best offense”? Well, the same is true in finances. The best way to avoid financial disaster is to plan ahead and take action now. Taking the time to establish financial priorities can mean the difference between being prepared for emergencies and being forced to do something you regret. 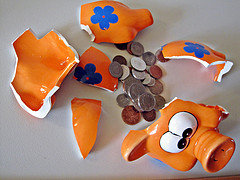 What Classifies as an Emergency – Definitions

Before we get into how to prepare for the supposedly unexpected, I’d like to clarify what we’re talking about. What is considered an emergency? It is easy to identify the things that don’t qualify (such as: a craving for ice cream, desire to watch movies on a bigger T.V., etc.)

To put it simply, emergencies are difficult situations to deal with that come about unexpectedly. A monthly mortgage payment or rent is easy to predict, but it’s the things you don’t normally pay for that can both surprise and hinder your ability to conquer. We all know that a financial cushion protects you against emergencies, but not everyone has one. Loans online are options that some people look to when they are thinking about how to pay for the emergency that came up unexpectedly.

An emergency can be anything that requires immediate cash that you have not planned for. Some ideas of emergencies include:

As I stated earlier, young adults may have an advantage over everyone else that is often overlooked. The main reason that I think excel is because of their fear of investing. The last decade has been hit with several unexpected downturns in the stock market. It has happened more frequently in one period of 10 years than any other in the past 60-70 years. It only makes sense that young adults are gun-shy, so to speak.

Now, investing is something that I don’t know enough about (not for long though), but I do know that it is essential for any long term financial plan. It is simply too hard to save up enough money to live off of if it isn’t earning interest and competing with inflation. Despite its importance, it is also that which competes with saving money for an emergency fund. Between spending too much and not having enough liquid assets, investing too aggressively is one of the main causes.  Being afraid of the stock market has more young people saving money in a high interest savings account instead of investing it. I should know – until recently, I was one of those people (to a certain degree).

That’s not young adults’ only advantage in saving an emergency fund. They also have more lifestyle flexibility than older, more stuck-in-their-ways adults. In other words, the youth allows many people the financial luxury of minimizing expenses. Whether that means moving in with parents or having roommates, they can afford to take these cuts.

How can I plan for an emergency?

Young adults need to take advantage of these advantages while they still have them. Putting money aside is one of the best ways to plan for an emergency. We all know this – it’s just that we don’t always make it happen. Like almost everything else in life, it’s easy to talk about it and much more difficult to actually do it.

The first thing you can do is to have cash ready. Start saving a little bit now if that’s what it takes. It may be hard at times, but it is much better than the alternative of being in debt for something that you could have prepared for. Payday loans are one way that people have cash for emergencies, but I would rather avoid this option.

After saving some cash, make sure that you are fully covered. List what types of emergencies could happen to you:  You should look at your lifestyle and consider the types of emergencies that are more likely to happen to you. It’s okay to talk worst case scenario in your planning. Again, it’s better to be prepared than not. By listing out the emergencies that you can face, the likelihood of them happening, you will be able to judge whether or not you will be able to handle them with what you have saved. If you can’t, make an effort to save more so that you don’t have to lose sleep.

Preparing for emergencies is never a fun topic. It means sacrificing your immediate desires for future stability, no matter what. Young adults may feel invincible, but it’s important to take advantage of your unique situation and prepare for the future.