How to Get a Promotion

Managing your career in this economy can be a difficult thing. With companies going out of business and people being laid off left and right (or so it seems), thinking about advancing within your organization may seem like a stretch. I know what you’re thinking: It’s one thing to keep your job and quite another to get a promotion.

Even though this poor economy in the past few years has affected our outlook on employment opportunities, it isn’t as grim as people would like to make it sound. Companies are still hiring and even opening up new positions – you just have to know where to look and how to perform. After you have a job, the best thing you can do for your career is look to get a promotion. It not only looks good for your resume (which will help your next interview go well), but it keeps you performing at a high level. It keeps you from getting bored as you are motivated to take the next step. Here are several things you can do to improve your chances of moving up the corporate ladder and get a promotion. 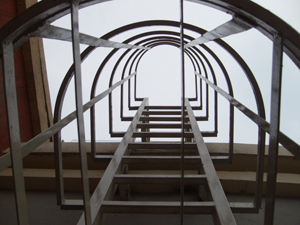 Be Willing to Try New Things – One of the best indicators that an employee should be considered for an open position is a work history that shows ambition and the ability to adapt. If you were the hiring manager, would you rather hire someone that has done the same thing over and over or would you look for someone who has proven that they would be able to take on a new challenge. Taking on new responsibilities is a great way to demonstrate your skills and abilities to people higher on the “food chain.” Trying new things also applies to transitioning to a new department. Sometimes if your focus is too narrow, it can be decades before a higher position opens up. If you are willing to transition to a different apartment, you can move sooner rather than later.

Excel at What You Currently Do – Taking on new responsibilities won’t help you if you can’t perform your current responsibilities well. Even though I think our work force is a little backward in promoting people who are really good at their jobs (who said that if a person can do X really well, they can also be a manager – these are two different things), this is how it works. Achieving success in your current position is an essential part of moving up in your company. This also includes being punctual and taking as few sick days as possible. If you are out of the office or coming in late, people will notice and that reputation will stick with you forever.

Connect with Your Supervisor – Even though it is cliche, It’s not what you know, but who you know. The importance of connecting with your supervisor can not be emphasized enough. If you are looking to move up, you will undoubtedly need a great reference from your immediate supervisor. While this alone will not be enough to earn a promotion, it will go a long ways to increase your chances. The more people rooting for you to get the job the better.

While it may seem daunting, getting a promotion is easier than it sounds. I have followed these basic steps at both employers since college and have been promoted to better positions. Employers prefer to hire internal candidates and if you put in the hard work from day one, you will move up in no time.

What have you done to improve your chances of getting a promotion?