How to Handle Friends Who Are Bad With Money

by Don | Budgeting, how to save money, Manage Your Finances | 1 comment 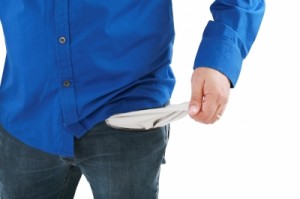 I was out recently with some of my friends and we were talking about going golfing next weekend. Out of the blue our one friend said, “yeah, I can’t go. I don’t have any money.” We’ve all been there before, where an unexpected bill comes along and we need to scrape some funds together to pay it. From then until our next paycheck, funds are tight and we have to cut back.

In some cases, we learn from the mistake. We don’t like the feeling of having nothing in our checking account so we diligently begin building up an emergency fund so that we will have that cushion there should another unexpected bill come along (and it will).

But what concerned me was what our friend said next. He went on saying that he just cannot save money. He has $17. He also owns a car and house. As the conversation, or confession continued, he revealed that he was two weeks late on his car payment and he waits until the last day possible to pay his mortgage. We knew he wasn’t the smartest when it came to money, we just didn’t know it was so bad. So how do you handle a friend who is bad with money? Below are three tips that will keep the relationship and not put you in the red.

In the past, when I would be talking with someone and the subject of money would come up, I would always offer my two cents. This never really went too well. It turns out many of us have pride and just offering up advice to someone about money will embarrass them or possibly offend them. Do your best to not offer advice unless they ask for it. You can certainly walk the line and talk about your finances and hopefully they will take some mental notes or ask more questions which will open up the dialogue. But don’t just start offing advice.

With most of my friends, we usually take turns paying. I’ll buy the round of golf this week, they’ll buy it next week. We all know we are good for it. There have been cases where we will forget it is our week to pay, but no one complains. The next time around the person that was supposed to buy will buy.

When it comes to the person with poor money management skills, you need to be careful. It is OK to pay for them every once in a while, but don’t make it a habit. They will quickly assume you are always going to pay for them. When you don’t offer, trouble ensues. The last thing a person that is bad with money needs is an enabler. If you offer to pay, make it known that this is for a special occasion so that they don’t get the wrong idea in their head.

They Decide to Change

You can’t make someone better with money if they don’t want it for themselves. Spending time creating a budget for them and working on an investment plan is going to be a waste of your time if they don’t really want to get better with money. Again, you can work it into the conversation about how you budget and how it helps you, hoping they will take the bait, but don’t assume that is what they want to do.

Being friends with someone that is bad with money has many touchy situations. There will be times you want to do something and they cannot afford to do it. You may have the urge to pay for them so that you both can go. Be careful when doing this, as it could lead to false hopes from your friend that you will always be paying. Additionally, you have to let them decide to make the change. You can’t make them change. The sooner you realize this, the better. Lastly, if it is too much of a burden, you may just have to cut ties with them. It isn’t fun to do, but in the long run, you have to look out for your own best interests.

Readers, what tips do you have for handling a friend that is bad with money?