Is Gen Y Really That Bad Off?

by Don | Manage Your Finances | 9 comments 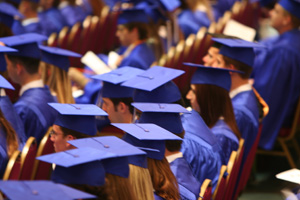 I don’t want this post to come off sounding that I think being a recent college graduate and finding a job is a piece of cake. I am simply questioning everything I am reading so that hopefully we can have a discussion. With that said, I think the media is overblowing this entire crisis. Yes, there are many recent college grads and young adults that aren’t working, aren’t working in the field they want, or are in a low paying retail type job. But here are some facts:

The unemployment rate for college graduates hovers around 4%. Again, there are those in crummy jobs or are underemployed. But you can’t tell me that the overwhelming majority of young adults are in go nowhere type jobs.

The typical recent college grad has student loan debt of just over $20,000. That is about the same amount I had when I graduated college. The stories you hear in the media of the people with hundreds of thousands of debt are not the norm but the outlier. They seem like the norm however because that is all you hear about. Why? Because the media is trying to get a reaction out of you. You aren’t going to react to Johnny having $10,000 of debt, but will react if Johnny has $125,000.

Time heals all. In this I mean that I’m sure other generations had it bad. But over time, you forget about how bad it really was. For instance, I can think a few major snowstorms we had on the East Coast in the past five years. They were huge. But it’s hard to remember the Blizzard of 1993, and that blizzard was bigger than any of the recent ones we experienced. My point is as time goes on, we forget the details. It’s human nature.

Related to this is technology. Today, people tweet, text and post on Facebook everything about their lives. We have 24/7 news channels that have to talk about something. We have news websites that have to continuously post fresh, new content. You know that so-and-so’s uncle’s son’s brother can’t find a job. You also know a few others as well. You hear and see all of these people talking about how they can’t find a job. I’m sure it was just as hard in the past, but because we are always connected and hearing about it, it makes it seem much worse.

People are delaying getting married and starting a family. I question whether this is truly because of the economy or if it is society. Back in the day, you graduated and got married and started a family. Most women stayed at home while the man worked. Now women want careers, which is great. As a result of focusing on their career, it’s only natural that they are going to put off marriage and starting a family. It’s not solely because of the economy. But the media makes it seem to be that reason.

This is the first generation that is entitled. Let me explain. Shortly after I hit my teens, the trend started that everyone is a winner. Even the loser gets a trophy. Because of this mindset, recent grads are expecting to graduate and land in high power jobs earning six figures. But the world doesn’t work that way. You start at the bottom and work your way up. Just like high school, you start out as a freshman, getting picked on and beat up by seniors. But as the years go on, you become the senior and get to be at the top of the ladder. In the corporate world, many start out in entry-level positions and then as you begin to prove yourself, you get raises and promotions. I just wonder if many recent grads expect to land great jobs as opposed to busting their rear to succeed.

As I pointed out in the beginning of this post, I am not trying to come off as saying everything is peachy keen out there. I am simply questioning the media’s insistence on these stories and whether or not they are clouding our belief on how it really is out there.

Readers, what are your thoughts on this? Do you think it is very bad out there, or is the media sensationalizing thing to get better ratings?