The following is a guest post from William at DropDeadMoney.com

Dave walked into work one morning, dropped his keys and sunglasses on the desk, and slumped into his seat with a huge sigh.  “Dang! What am I going to do about this ticket?” Dave was a gentle soul and this is the foulest language I ever heard from him.

This was serious. He worked for me right after the turn of the century (you know, the one in our lifetime) and he got a ticket for driving on bald tires on the way to work that morning.

I knew the reason he got the ticket. He had worried aloud a few times in the preceding weeks that he couldn’t afford new tires for his Lincoln Navigator, to which he had added flashy rims when he bought it. The car looked really great, but those rims meant the tires were several hundred dollars. Each. To replace them all would be well north of a thousand dollars. Money he just didn’t have. 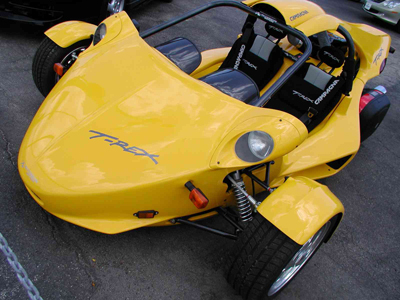 Dave and his wife owned a huge mansion in one of the tony suburbs of South Orange County. We’re talking like 5,000 square feet for two people kind of mansion. They bought it in the early days of the dot com boom, when they each had a job paying six figures, so they figured they could buy anything. And they did.

But we all know what happened to the dot com thing. Dave and his wife both lost their lucrative positions and had to take what jobs they could, at significantly lower pay scales. Which is why Dave found himself working for me as a staff accountant.

With their incomes cut by more than half, they were behind in their mortgage payments, and falling behind further every month. Every nickel they had went into the house, and it didn’t seem like it made any difference.

That is why he kept putting off getting new tires… and why he got the ticket.

An hour later, he still sat there, staring at a blank computer screen. Figuring he wasn’t going to get anything done that day, I suggested we go downstairs and get a cup of coffee.

It was a tough exchange. I already knew the story from prior conversations, and I really felt for the guy. But what could I say? I told him to sell everything and scale down. What else? Of course, they would lose their shirts because they would be selling low after buying high. After talking through the gut wrench it would take to do that, we eventually made our way back to the office.

The following week Dave and his wife went for it and sold the house and both (nice) cars.

A few weeks later he arrived at work and took me down to the parking garage to show me something. It was his new car: a used Corolla. It cost him only a little more than those tires would have!

But here’s what I remember most: the huge smile on his face as he showed me that simple little car. I asked him about it, because that reaction is definitely not what I would have expected. Didn’t he kinda feel down after trading his fancy Navigator for the humble little Corolla?

I never forgot that.

We All Do “Corolla Time”

And as I thought about Dave’s situation some more, it struck me that in the long run, we’re all going to do “Corolla time,” one way or the other. Let’s be honest, we all like to drive a nice car. But oftentimes we become impatient. Rather than save up for it while driving a humble little beater, we go into debt to get that nice set of wheels. But debt is a presumption on the future, which (as we know) is promised to no-one.

Sometimes it’s not just impatience, it’s peer pressure. When all the others arrive in their shiny Beemers and Benzes at a party or wherever, we don’t want to pull up in a beater.

Dave didn’t either. And that’s why he got the Navigator. But here’s the funny thing: after this little episode, Dave had to arrive at those parties with his little Corolla. It didn’t matter what others thought — he had no choice.

Dave didn’t realize he could do “Corolla time” by choice on the way up, or involuntarily on the way down. He was going to do Corolla time either way; his only choice was when.

It’s the same for all of us. We can do our Corolla time while we’re saving up to do things right (i.e. not with debt). Or we can do it when we’re humiliated in a recession and forced to sell everything at a loss. Because there is always a recession. That’s a given. We just never know exactly when.

So you have a choice. When do you want to do your Corolla time?