Money Myths: “Late Fees Aren’t the End of the World”

We all know about the evils of credit cards.  We know that credit card companies will let you borrow money “free” and then hit you with enormous interest rates that nearly reach the statutory limits of usury. We know that many millions of Americans are trapped in their credit card debt and find it nearly impossible to climb out. We know all of this because every other personal finance article discusses the dangers of credit card usage. What is rarely mentioned are the greater evils of late fees.

“…And now I’ll be paying my cable bill late or else I’ll be adding yet more money to my mountain of credit card debt,” said the woman sitting across the room as I sat in the library. I have been in credit card debt, and lived several years where expenses totaled more than monthly income. I’m used to the depressing and difficult game of  “which bill can’t be paid?” I wonder how many struggling families make the same barter as the women across the room: pay a bill late to avoid credit card debt.

The ills of credit card debt might be well-known, but most late fees charge far higher rates of interest than the worst interest rate on a credit card. 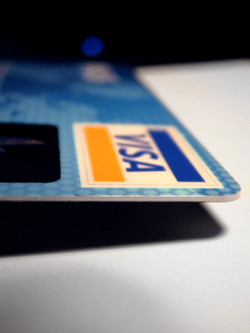 Have you ever wanted to pay an extra $10 on your car insurance bill? That’s what my insurer charges every time I miss a payment deadline. It doesn’t sound as expensive as the $40 my credit card company would charge for being late. It’s far better than the $60 that I’d have to pay for a late property tax bill. However, this $10 is the most expensive interest payment of all my bills.

The problem with late fees is that they are a fixed amount issued every time you are late. They might be fixed sums – but think about how late fees work. Instead of paying the installment you owe, you are charged a fee and often given additional time to pay. It really isn’t all that different than being charged interest on loan.

My car insurance bill is a monthly payment of $150. Paying a $10 fee is equivalent to a 7.5 percent monthly interest charge. If I were to pay my bill late every month this year, the annual rate would be 90 percent – 6 times the rate of my credit card.

If you’ve ever seen your money siphoned off by the Great Late Fee Monster, you aren’t alone. When Fed researchers evaluated Obama’s Mortgage Modification policies, they found that the programs caused participating homeowners to rack up month’s of late fees. Most homeowners in a mortgage mod suffered effective interest rates of over 80 percent on the mortgage payment expenses. Of the revenue earned by banks, fee income makes up nearly 50 percent.

If your late fee would be greater than the rate of interest charged on your credit card, then you might want to consider setting up auto bill-pay with your card as payment method. Doing so will guarantee that you will avoid fees. If you come up short for the month, you’ll be charged a lower interest rate on the credit card than you would be paying with a late fee.

Use the payment scheduling options when paying bills online. Most sites that accept online payments will allow you to set the day of the withdrawal in advance. This gives you the option of setting up a payment on the due date. You can always cancel the withdrawal if you need.

Pay bills when they arrive. If you can’t be trusted with the credit card or having money in your account by the end of the month, you might want to consider a more conservative approach. Most people plan bill payments around the due date. There is nothing that says you cannot pay as soon as a bill arrives. By writing the check as soon as a bill lands in your lap, you’ll prevent late payments and the stress of meeting a deadline.

Everyone is different, and the best way to avoid fees will not be the same for everyone. Be realistic about your financial strengths and weaknesses before trying these methods. Saving money on late fees is not going to do your finances any favors if you rack up tens of thousands in credit card debt to avoid a $10 charge.