Is Owning a Home Worth It? 9 Month Recap

I can’t believe that my wife and I have owned our home for over 9 months now. It wasn’t that long ago that I wrote the post announcing our purchase – or so it seems. Yet, so much has happened in the past 9 months, so much that has kept me busy. In fact, I’m sure many of my loyal readers have noticed that I haven’t been writing as much as I used to.

The reality is that life has been busy, my priorities shifted a little, and home ownership has been a small part of that – but it’s so exciting. I guess it’s no surprise that I have enjoyed owning my own home, since I had been planning my home purchase for some time leading up to it (although, almost everyone has to in order to save up a down payment especially without buying too much house.) 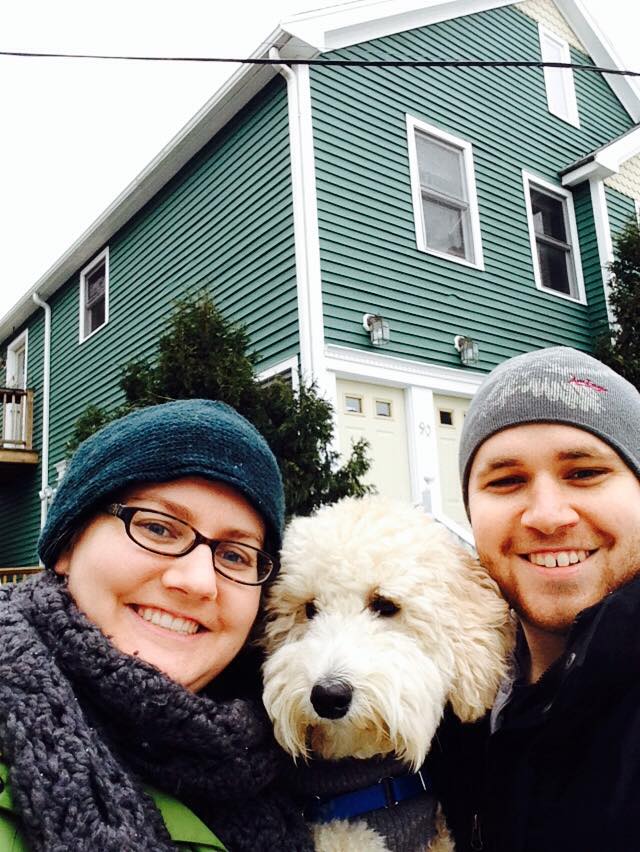 Since it’s been almost a year, I thought it would be appropriate to review if owning a home is really worth it, both financially and in general (because, don’t forget, not everything is just about money).

But before I talk about whether it’s been worth it for us personally to buy our home in our situation, here are some reasons that people use when justifying buying a home, that may help this conversation of whether buying our home has been worth it.

People often say that renting is like throwing money away. While this is partially true because you are not building any equity, it’s not an even comparison as there are additional costs with owning a home.

Property values keep going up, so why not buy now? Or so is the thought. While the trend has historically been upwards, it’s not always that simple.

To Be Able to Make Improvements 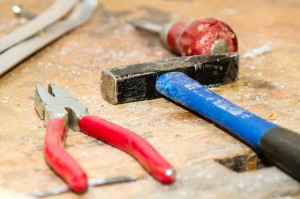 Renting may be nice in the sense that you don’t have to take care of anything when it breaks, but it also means that you are often limited in paint color, landscaping, and many other amenities. Many people buy so that they can be in charge.

It’s not the first time that I’ve had friends who have been forced to move because their landlord sells. Buying offers you the ability to stay in one place for a long time, if you choose to do so.

The IRS allows you to deduct the interest paid on your primary residence. While some may confuse deductions with credits, if you have high enough of a mortgage (more than the standard deduction), it can offer you real savings in your pocket.

A 30 Year Mortgage has a Fixed Payment

Unlike rent that can be increased by the landlord on a yearly basis, a 30 year fixed mortgage is just that: fixed. You don’t have to worry about rent going up, it’s always going to be the same.

So, Why Did We Buy Our Home?

In no particular order, here are many of the following reasons why decided to buy: 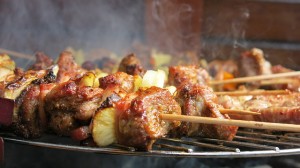 While many people may not understand, one of the reasons why my wife and I decided to buy when we did was to have access to outdoor space. Specifically, we wanted to be able to grill in the summer. My wife and I had been living in a large apartment building and grilling 2-3x per summer at a local park was not enough. This summer, we’ve grilled at least 2 times each week. And it’s been lovely.

While a home owner has additional costs (insurance, taxes, maintenance), the majority of the costs are predictable and fixed. Just months before we purchased, we received a notice from our landlord that our rent was going up $50 per month. While this wasn’t the end of the world, we would prefer to keep this at the same price year after year. 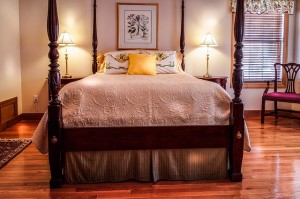 Another downside to renting is that it was quite expensive. It was so expensive that my wife and I couldn’t afford to have a two bedroom apartment – or at least did not want to pay another $400-500 each month just for one extra bedroom. With purchasing, we put 20% as a down payment and are now able to pay about the same amount for a 2 bedroom apartment with plenty of storage and two parking spaces as we were paying to rent a 1 bedroom.

Now, when family or friends come to visit, we finally have a 2nd bedroom that our guests can stay in. It currently doubles as an office, but with a relatively new construction (1998), our bedrooms are quite spacious. I can’t tell you how nice this has been – more so than can be quantified with money.

While it’s unlikely that we’ll stay in our condo for 30 years, it’s nice to know that 30 years from now (or less), we’ll be mortgage free. This will make retirement that much more attainable (since it will drop our expenses by one-third). We’ll still have to pay for maintenance, taxes, and insurance, but no mortgage is an awesome perk.

While we bought for several reasons, it’s another thing to consider if it has actually been worth owning our home.

And the truth is that it definitely has been worth it.

As I mentioned, there were several reasons that we bought that were not for financial reasons – and those have lived up to expectations. We’ve enjoyed our backyard, extra storage, and second bedroom. Perhaps more importantly, I’ve enjoyed taking on small projects around our house.

But beyond that, it’s also been financially beneficial for several reasons. First and foremost, someone who is not focused on wealth building might see the increased expenses that we’ve incurred as a result of owning a home and think that owning a home has hurt us financially. But, that’s only half the story.

The reality is that with appreciation and the amount from the mortgage payments that went to the principle, it has more than made up for the additional expenses incurred. In fact, my estimates suggest that we have positively increased our net worth by about $5,000 (than if we had continued renting the 1 bedroom apartment) – and this is before including the tax savings in my estimate.