Virtually everyone – investor or not – knows the name Warren Buffett. Known as the best investor of all time, he’s a household name and the second wealthiest person in the world.

Buffett achieved incredible success as an investor. Can ordinary investors deploy the same strategies as Warren Buffett today to find the same success? 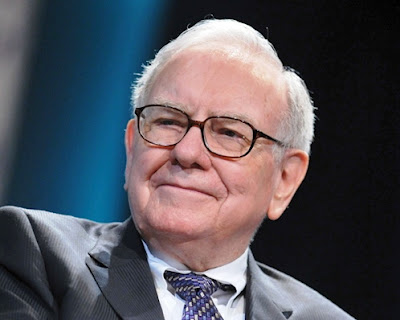 Warren Buffett’s best years were his earliest years when he managed only a small amount of investment capital. His earliest investments were among his least noteworthy. His strategy then, as his partner Charlie Munger often jokes, was to buy companies, remove the cash from the company, and then raise prices.

It was hardly pretty, but it was effective. When Buffett could not own the whole company, he often bought large stakes to seek board seats for him and other investors. Buffett’s ability to influence corporate policy undoubtedly added to his total returns. In several occasions, he purchased shares of companies that sold for less than their net current assets. In effect, he bought businesses for less money than they had in the cash registers – the business was free.

Buffett’s early performance would naturally be the most difficult to replicate. First, it requires a significant amount of money – enough to buy a stake large enough to have influence over corporate decision-making. Second, it requires confidence. At one point, a single company, Sanborn Map Company, made up 35% of his partnership’s investment pool.

In his own portfolio, Buffett was even more aggressive. He admitted later in life that at one point he had 75% of his entire net worth invested in GEICO, then a publicly-traded insurance company. Few investors would tolerate that kind of investment concentration.

Replicating Buffett’s work ethic might be the most difficult part of duplicating his early success. This was in the days before computers, when “stock screening” was little more than reading through annual report after annual report. To this day, Buffett is well known for his famous stock screening advice which is to “start with the As” and that the best way to read an annual report is from “front to back.”

His obsession with the markets strained personal relationships, and virtually ended his marriage. Accounts of his earliest days as an investor are littered with references to his constant research – reading nothing but annual reports from dawn to dusk.

The Later Years: The Buffett We Know

After years of investing success and incredible performance, Buffett was exceptionally wealthy. He also managed a very large amount of investment capital. The tiny companies that had made him wealthy were no longer good investments – he simply could not deploy enough capital in each company to make it worth his time.

So Buffett moved on to a “new” kind of investment strategy – buying better companies at higher prices, banking on growth.

He sought out companies that could compound his wealth over time. He favored companies that could retain earnings, and use those earnings to invest in the business for more compounding. Buffett’s willingness to lose money never changed, however. He looked for businesses that could defend against competitors and grow from an “economic moat.”

Buffett’s later years are undoubtedly the most repeatable by individual investors. His investment goal is to buy a company and hold it forever, preferably buying companies that can reinvest their earnings into future growth along the way.

Here are a few common traits of Buffett’s later investments:

Being the Second Buffett

Can you be the second Buffett? Unlikely. Few people are willing to ruin a marriage over their investments. Few people will have access to other people’s money and earn management fees like Buffett did in his early years – a variable that put him on track to billions.

Most people will never be billionaires. However, most people, with dedication to their investments, can mimic Buffett’s later investment strategy – buying good businesses insulated from competition with reinvestment potential. It isn’t a matter of intellect, though Buffett is a very intelligent person, it’s a matter of dedication to investment research and analysis.

In Buffett’s own words, “To invest successfully does not require a stratospheric IQ, unusual business insights, or inside information. What’s needed is a sound intellectual framework for making decisions and the ability to keep emotions from corroding the framework.”