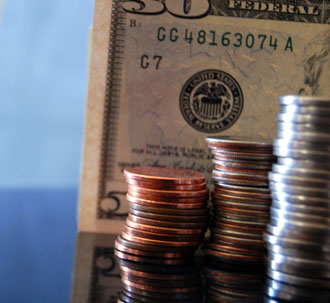 My Retirement Blunder – How I Didn’t Start Saving Early Enough

My first professional job was working for my university while I was still finishing my undergraduate degree. I was only 21 and had the best job in my life up until that point.

The job came with many perks, which I took advantage of, but I declined the retirement benefits. I was only going to be working there for a short period of time and at the time I thought I would prefer the extra cash in my savings account. What I failed to consider was that my employer offered matching funds up to a certain amount. This was my mistake. Not only did I pass up a large chunk of money in matching funds, but I lost several years of earning interest.

“When Do I Need to Start Saving for Retirement?” – The 1st Wrong Question to Ask

Most young adults ask the same question when they finally get serious about their financial future: When Do I Need to Start Saving for Retirement? This reminds me a lot of my initial approach to retirement. Here’s what my logic was:

How long can I continue to live on all of my income before having to save for retirement? I have a lot of things that I would like to buy now that I am earning some decent money at a real job, so why not put off saving for retirement a couple more years. It’s not that important since I am young, right?

While none of us want to admit to operating on this same logic, it’s what goes on in most of our brains. This question suggests that we would much rather delay saving for retirement than be pro-active and make it easier on ourselves later.

“How Much Do I Need to Save for Retirement?” – The 2nd Wrong Question to Ask

The other difficult questions that young adults must answer, without adequate experience is to determine how much they need to save. Along the same lines, most young adults want to save the bare minimum. Instead of asking what is the bare minimum that you can save, try asking yourself: what’s the maximum I can save in order to make it easier for myself later in life?

By saving early in life and saving MORE, you can drastically increase the figures that are eligible for the benefits of compound interest. The more money you have in your retirement funds, the more options you have. One option would be to decrease your savings later in life when you need to pay for your children’s college education. Another option would be to retire early. While I could continue on and on, the important thing to consider is the freedom available to you later in life for making retirement a financial priority now.

Investing Tools to Help You Get Started

If you are interested in starting to save for retirement, here are two of my favorite investing tools:

Personal Capital: Need one place to see all of your assets? Personal capital is a free tool that allows investors to link all of their accounts within the same secure platform. There’s never a need to login to individual accounts again.

Readers, when did you start prioritizing saving for retirement? Do you regret not starting earlier?