Young Adults and Money: Why It’s Crucial to Get Ahead

by Corey | Manage Your Finances | 6 comments

Have you ever played one of those word association games? When I say “Young Adult,” what do you think of? When you think of young adults, I hardly doubt that you instantly think of things like, “responsibility,” “success,” or “financial independence.” I know that these aren’t the words that first come to mind. Instead, people associate partying, student loans, dependence on parents, etc.

In many ways, the common expectations of young adults often influences or dictates their behavior. In other words, because they are not expected to be financially stable, they aren’t. They milk each and every opportunity for what it’s worth. However, there couldn’t be a time that affects one’s entire life more than the early adult years. Whether you want to accept it or not, the years of young adulthood influence your finances and you should take advantage of it. 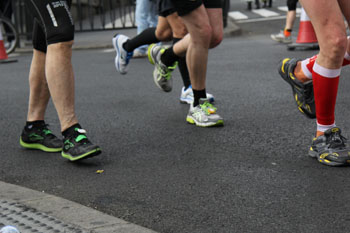 It’s important to get ahead

Why Your First Years of Adulthood Matter Most

Over the past year, my wife and I have started to focus on investing pretty aggressively. Those who have followed this blog for some time know that I love the Roth IRA. We went beyond using just the Roth IRA in the past year and it is already starting to pay off. While we are nowhere near being able to retire off of our investments, I imagine we will make several hundred dollars this year just off of passive income (income earned strictly from investments). Again, this is not a lot to brag about, but it’s much more than many of my closest friends.

Many of my closest friends didn’t have the same commitment to avoiding college debt. I found out the other day that a couple of them pay several hundred dollars a month in student loans and will continue to do so for the next decade. When I stop to think how big of a difference that is, it means a lot. It’s the difference between being able to start a family when you want to and not, the difference between buying a home while you’re young and not, and the list goes on. While I’m not trying blame them or point the finger, it highlights the importance of starting out on the right foot. Instead of playing catch up for the next decade, many young adults have the option to get ahead if they work hard enough.

The Importance of Getting Ahead

I’ve already written about how important it is to start investing yesterday, but let me paraphrase it here as well. As my wife and I start to supplement our income with dividends from our investments, a few hundred dollars a year may not seem like much. But, if we continue to invest and our money grows with interest each year, in a matter of a few years, we will start earning a few thousand dollars extra. In a decade or two, we will start making tens of thousands extra, if not more. For those who are unable to invest aggressively because they are paying off student loans or paying high monthly payments on a new car, they will be stuck working until they are physically unable. Those who dig themselves into a hole often are forced to get a loan so they can pay their bills.

To put it simply, starting on the right path makes the world of a difference. As a young adult, time and money are on your side. If you are diligent enough to put a little money aside each and every year from the very beginning, it can mean the world of a difference 10 years from now. I’m not trying to say that you should sacrifice all of your dreams and goals for financial stability, but it is something that you should take into consideration. Take it from someone who sees his friends throw their future away for some material objects and short-lived thrills. Limit your spending, save and invest while your young. You won’t regret it.