My Investing Mistakes and How to Avoid Them 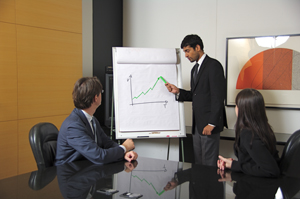 We all make mistakes, but the worst are mistakes that cost you money.

I remember very well my worst investing mistake. One day I opened the mailbox to find promotional material for a pink sheet penny stock. This company was it! It was going to end global warming and making a boatload doing it. It had a fantastic business model whereby it would take the dirt from old mines, dump it in the sea, and create farms of plankton that would sequester carbon dioxide.

The company eventually went under, I think. I sold out for mere pennies, walking away with my tail between the legs for being so dumb.

What I did wrong

Becoming a successful investor is not easy. It’s undoubtedly one of the hardest things in the world.

I did everything I shouldn’t have done by investing in this company. I bought something I didn’t understand that was marketed by someone I didn’t know who got paid to push the stock on stupid investors like me.

I didn’t invest. I gambled. The difference between a gambler and an investor is knowing the risks and the rewards. I thought I knew the rewards, but never did I think about the risks.

Investing is inherently risky. If at any point your money is in something other than a savings account or CD, you’re taking a risk. You can remove that risk by doing very serious work analyzing your investments. Know everything about a company before ever thinking about buying a piece of it. At the end of the day, a share of ownership is a piece of a living business, one that will either succeed or fail, but it won’t do both.

My biggest mistake was knowing absolutely nothing about a company that I thought I should own part of. Don’t make the mistake I did; do your own research before investing in anything. No one cares about your money more than you do.