Advantages of Being Young in the Work Place: Utilize Your Strengths to Succeed

Over the past few months, my wife and I have been addicted to the TV Show, ‘The Office’. I know we are late to the party, but it is a hilarious show. I had never watched more than a couple episodes of the show and didn’t understand how entertaining it can be. Despite my love for the character Michael and pure enjoyment in learning of Jim’s pranks on Dwight, there is one character that stands out: Ryan. For those who don’t watch the show, Ryan is one of the youngest characters on the show and is often referred to as ‘the temp’. As a recent business school graduate, Ryan has many aspirations and even delivers on some of his potential when he lands a management position over his superiors.

While I could go on and on about this show, the thing that interests me the most is how his youth is woven into the plot of the show. In many episodes it typifies popular stereotypes in the American work force, and other ways (like getting a promotion), it defies it. Traditional American culture often looks down upon young adults for their lack of work experience. Youth, in many ways, is often associated with a weakness. Despite anti-discriminatory laws, young adults are often excluded from management positions.

However, that’s not the end of the story. Young adults have many over-looked skills and advantages that they can utilize. Not only is it possible to get jobs without experience, it is possible to use your youth to your advantage. The secret to succeeding in the work force, at any age, is playing to your strengths while downplaying your weaknesses. Being a young adult is not exception to this rule. 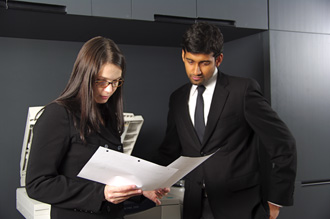 My Work Experience as being the Youngest in My Departments

It should come to no surprise to my readers that as an author of a site titled, ’20’s Finances’, I am in my twenties. Yet, what may surprise them is the past three positions that I have held, I have always been the youngest employee in my department and that hasn’t held me back. It first started when I was a senior in college. During my last year, there was a vacancy on campus and I received a personal phone call from the Director of the department immediately after she knew of the opening. I had worked in the department before as a student worker, but she wanted to consider me for a professional position. Every other similar position was filled my someone either pursuing a master’s degree or held this position as their career. I was just a lowly 21 year old senior in college and was been asked to apply.

Fast forward a year or two later to my second position. I was hired on at a different university where I was starting my graduate studies. It was a part-time position and I soon started working with people ranging from 5 years older to me to someone who was months away from retirement. I also learned that many people who were working here were stuck in a dead end job and I refused for this to happen to me. To work with people without any motivation to move on is disheartening and draining. It wasn’t too long of working hard to complete all of my tasks in record time, assisting others with their work, that I was noticed for my hard work and was promoted. A few months after that, I accepted another position in another department that was better pay and a better work environment (which brings my to my current position).

What are the Advantages of Being Young?

Many people under-estimate young employees. Whether that be as part of an unofficial hazing policy or just plain disrespect for people younger than them. I have worked for a supervisor who was quite full of himself and would make every effort to bring up how long he has been in management. The employees that I worked with often used the phrase, “since God was a boy/girl” whenever he brought this up in order to undermine what he was doing and expose his ridiculous behavior. I believe the truth is that people under-estimate young adults until they need them to solve a problem that they are incapable of handling. Here are some of the strengths of being young.

How to Play to Your Strengths

Having these strengths without successfully displaying them means absolutely nothing. In order to be successful in your career and in the work place, you have to learn to display these in the best way. Coming across too strong can lead people to look to your poor relationship skills and ignore everything else, while not taking any initiative can leave you in a cubicle for the rest of your life.

While people may look down on you for being young, the times are changing and the opportunities are available to people who show the initiative and skills to succeed. Don’t let the culture of disrespect for young adults hold you back. Instead, use it as motivation to succeed.

Are there any other advantages that young people have?

How have you used your strengths to succeed in the work place?