by Don | Manage Your Finances | 2 comments 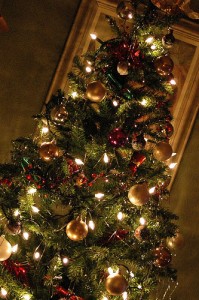 It’s November, so that means retail stores have had Christmas trees and music playing for about four months now. Just kidding.

But, I was at the mall this past weekend and Christmas music was being played in the stores. There are all sorts of tips for saving money and being smart with your spending every holiday.

This year, I want to join in on the fun and tell you why you should think about starting your shopping now.

Most people start shopping for the holidays after Thanksgiving on Black Friday. This is a mistake because it only allows you about a month to find great deals. By starting your shopping sooner, as in now, you have two full months for checking off your list.

This extra time allows you to spot many more deals than you otherwise would. And, don’t buy into the myth that the best deals are after Black Friday. Many times, those great deals are on certain items and those items are in limited supply. There are plenty of great deals going on now. In fact, I was in Macy’s and many things were 40% off.

Better For Your Budget

Too many of us don’t account for gift giving in our holiday budgets. This is why so many go into debt around the holidays. The obvious solution is to simply budget for the holidays, but this year, it’s a little too late for that. So how do you lessen the chances of going into debt this year? By shopping now.

By spreading out your holiday shopping over two months, you have more wiggle room in your budget. Maybe cut back on dining out or new clothes this month and use the extra savings for holiday shopping. Next month you might be able to cut back in other areas to “raise” some extra spending money.

If you wait until December to start cutting back in certain areas, you are going to live like a pauper and not be very happy. In fact, you’ll most likely be a Scrooge McDuck!

Why is Black Friday so well marketed? The retailers hype it up to get you to overspend. That is why they offer Blu-ray DVDs for $1 each. They are losing money on those DVDs but chances are, you’ll be buying a Blu-ray DVD player as well, which is at full price (and makes up for the store losing money on the DVDs).

By getting a portion of your shopping completed before Black Friday, you lessen the chances that you will fall victim to the hype that the retailers are selling.

These are just three reasons as to why you should start your holiday shopping now as opposed to waiting until Black Friday. Being smart with your money takes some out of the box thinking and these tips offer just that.

As I mentioned earlier, most people find themselves in debt because of the holidays. Be smarter and do a little planning and you will come out much better in the end.