by Corey | Manage Your Finances | 4 comments

I hate to use the ‘Woe is Me’ expression when I talk about young adults, but this is often the reality for young adults, especially when it comes to personal finances. Young adults not only have lower salaries than other age groups, but they also are paying off student loans. Making extra money, for anyone regardless of age, can be extremely important because it provides you with the ability to do more. Given the challenges that young adults face, this can be even more important. 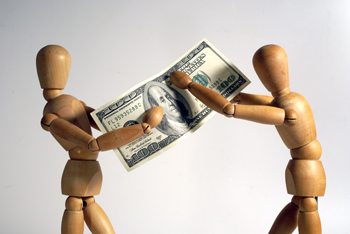 How Extra Money Helped Us

About two years ago, my wife and I were barely making ends meet. This meant that we were constantly making sacrifices so that we could pay for graduate school as well as the other regular expenses that we had. This meant no huge vacations, eating out very rarely, and so on. In many ways, this helped us avoid debt because the forced frugality soon turned into habits. But, at the time, we didn’t love our financial situation. We saw many of our friends taking cruises, enjoying huge tabs of drinks and food at local restaurants, and so on.

As soon as we starting earning a few extra dollars, from raises at work and my side business, that’s when things took off for us. Instead of spending all of our extra money, we used it to conquer some of our financial goals. We started saving for retirement, invested a little extra, and so on. Yes, we did increase our lifestyle inflation, as I mentioned last week (read what else we did with our extra money if you are curious). While it is important to understand what we did with our money, it’s equally important, if not more so, to understand the increased peace of mind that we received with this little extra money. Instead of scraping by, we finally have a little bit of cushion. Now that we are aggressively saving for retirement, I don’t feel like we will be forced to play catch up later. The benefits of earning a little extra money are many.

While I gave some hints above at how we earned a little extra money, there are many ways that you can make some extra money.

This one is probably the least attractive idea that I have because if often means taking a lower hourly rate than your primary job. Finding a job at nights and on the weekends can not only be time consuming, but also very tiring. When I get home from work at 5:30, the last thing I want to do is leave for another job. Yet, the extra money earned from even 10 hours a week can be enough to pay for your child’s college education, among many other things.

Create Your Own Side Business

Another great idea to generate a little extra money is creating a side business. A little over a year ago, my wife got inspired to help a close friend of hers. Around the Holiday season, she decided she was going to make several craft items and sell it to our network of people to support her friend. She sold Christmas ornaments, scarves, and a few other things over a period of two months. In that short period, she raised over $1,000. I was extremely impressed! While I, for selfish reasons, wanted her to continue this side business throughout the year, she declined because it was taking too much of her time.

Meanwhile, I continue to write and work on this blog to make it as best as I can, while making a little extra money each month. It’s not a lot of money each month, but it does make a difference. It not only allows me to take a trip once a year to a blogging conference (so I can learn how to make more money), but gives us a little extra each year.

This past weekend I was hit with a small dose of Spring cleaning. My wife and I went through some of our clothes to see what we never use. While we don’t plan on selling these items, that’s definitely a viable option. This is hard for me to admit, but we even went through our books. For those of you who don’t know me that well, I LOVE MY BOOKS. For the longest time, it was the one area where I splurged. I didn’t care too much about whether I had holes in my clothes as long as it meant I could buy more books. It was an unhealthy obsession that I have since controlled, but I have never donated any our books until now. Regardless, selling some of your possessions can be a great way to earn a little extra cash. It isn’t sustainable (eventually you run out of stuff), but it can help you for a short period.

Get a Raise / Promotion

Another successful way of earning extra cash is to work hard at your current job and get a promotion (or a better job elsewhere). In the past 2 years alone, my wife and I have received 3 increases in pay between the two of us. While it’s likely to slow down over the next few years, it’s still a great way to pad your wallet. The success of this tip is going to depend on where you are in your career, but it’s still a great way to boost your income. Why not work hard, if it could mean $500 more a month in the future (without having to work any extra hours)?

Okay, this may not qualify as earning extra income, but it’s kind of like making extra money because you have more money to play around with. It doesn’t have to take a lot of work or sacrifice either. A friend of mine recently told me about Save1, a coupon website that also helps fight world hunger with its profits. Not only can you save money by using their coupons, but you can contribute towards a good cause. I’m normally not a huge coupon person because it can be time consuming, but I am a huge fan of looking for coupon codes for major online purchases. Making small changes like these can significantly improve your finances.

Making extra money is not about the money or things you can buy, at least not for me. It’s more about the peace of mind and the positive direction that you can go with your finances. If you do a few extra small things, you can have a little extra money to use. With this little bit of cushion, you can drastically improve your situation; whether that means paying down debt faster, investing more money so you have even more money for retirement, or give more money to help good causes. You’d be surprised at how much a little extra money helps.