Buying a Used Car: Why Older is Better

This past week, I announced that I got a new job. The job comes with a lot of potential advancement in addition to it being a direct application of my unique skill set. This is not to mention the slight pay increase as well. In many ways, it was a ‘no-brainer’ for me to accept the new job. One of the few downsides to accepting this position is that it meant that I could no longer take the train to work. Taking the train to my old job was in no way enjoyable. The walk through the snow, rain, and cold during the winters challenged my resolve to be a one-car-family almost every day. But, as I have come to find out, it was much more affordable to take the train than to own a second car. 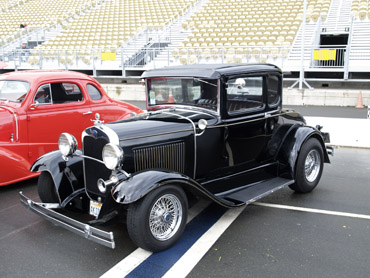 I definitely didn’t want a car THIS old…

Cars are expensive. New cars and old cars alike. While many people will argue that you should buy a certain car over others (as I will do later in this post), the important thing to first realize when looking to buy a new car (whether it’s used or new) is that it is EXPENSIVE! Since I am unable to take the train to my new office, the search began. I knew of this likely expense ahead of time, but I had to wait until I was offered that job before I purchased a car. This mean that I missed a couple great deals. But, the important thing to remember is that there are always more deals to be found. You just have to wait for them.

New vs. Used – Which is Better?

When I was starting to narrow my search, I came to learn that there were very few cars that are being sold in the in-between stage. There are a few that are 4-5 years old, but most of the cars being sold are either almost-new (1-2 years old) or well used (8-15 years old). I had a choice to make: should I buy a car that is practically new OR should I buy a car that is old (approx. 10 years old)? Despite what people may tell you, this isn’t an easy choice. Yet, there are distinct advantages to each one.

Pros of Buying a Well-Used Car

In addition to the obvious perks to each option, I wanted to make sure that I was buying the best option. One of the deciding factors for my decision was the fact that I only need the car for a little over a year. In a year’s time, my wife and I are planning to move to the new location and return to being a 1 car family. This made the choice even more distinct. Either buy a cheap car now and sell it in a year, OR buy a pretty nice car that will be the family car that we keep even when we move (and sell our other car).

Why I Chose to Buy an Older Car

While I don’t have a lot of money sitting around, I did have a large enough emergency fund to buy either option. There was a huge part of me that wanted to splurge for the comfort of having a reliable, new car. I hated the idea of playing the odds, crossing my fingers, and hoping that the well-used car that I would purchase would not break down on me. But, that is what I ended up doing. I ended up buying a 10 year old Jetta with just under 100,000 miles on it because I was able to get it for cheap. When I say cheap, I mean $1,000 under blue book value on it. Part of that is because there is some pretty large preventative maintenance that I will have to do on it in the next 6 months (i.e. timing belt, water pump, etc.) This won’t be cheap, so I was able to negotiate down for those two expenses.

As you can tell, not only am I paying less money upfront even with the expected/necessary maintenance, but I am also earning money (in addition to losing less money in depreciation). In this example I am estimating a 10% return on my investment because I have several investments that are earning a larger return than 10%. In fact, the money earned is larger than the estimated loss from depreciation. Again, this is just an estimation, but regardless of the fact of whether my estimates are inflated, it still highlights how buying a used car (within reason of course) is the better decision for me since I only need the car for 1 year. Again, while my comparison between the two cars is limited and this general rule of thumb that older cars are the better decision, there is always an exception to this rule. It should also not be confused to say that older is always better. I think a car that is 15-20 years old is not the best investment unless it is in immaculate condition. But, this shouldn’t take away from the value in the generalization that older is better.