Those who have been following my blog from the beginning know that our financial stability has rested on the cooperative success between my wife and me. When we first got married, we moved to New Jersey in order for me to go to graduate school. I was ambitious at the time, but I knew that I wanted to avoid student loans. In order to survive in this region, that meant that both of us had to work. We accepted some of the first jobs that came our way because we had to pay the rent. It was a challenge that I don’t ever want to experience again.

We finally achieved some financial security after 1-2 years when my wife and I both got promotions. We were both ambitious and we moved on up within our organizations. Some may say that we used the advantage of being young in the work place to our benefit. I started a side business and my wife decided to go back to school. We weren’t making a ton of money, but we were starting to save money for retirement.

While I strive to be the best employee that I can (a lesson that I learned from mowing my neighbor’s yard when I was in middle school and completely missing a section of the yard – oops), it is really my wife who excels at her job. She devotes many evenings to her job and is great with coming up with new systems to increase efficiency. Her hard work was finally recognized when she was offered two positions at once. 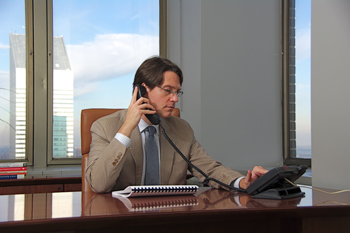 Two Job Offers: Which One is Better?

As I mentioned, my wife was offered two job offers in her current organization. After a lot of hard work and overcoming multiple challenges in the work place, she had started to believe that she wasn’t appreciated. This obviously wasn’t the case because as soon as she was offered one position, she was offered another by her supervisor in an effort to keep her. Here’s a look at the two jobs:

My wife was first offered a job at HQ within her organization. It was almost the same title as her current title, but she would be more of a supporting manager than someone “working on the ground.” The job offer comes with a lot of independence and some increase in travel. There was a small increase in salary, but one of the most attractive aspects of the job is being able to work with a great team. Her two supervisors are people who know how to manage well and she was confident that if she accepted this position, it would benefit her significantly. There would also be significant room to grow into Director positions within the organization at headquarters.

My wife is one of those hard-working employees who is hard to come by and she was also offered a director position in her current office. It’s not everyday that someone who was making less than minimum wage less than two years ago at the same organization is later offered a director position. Between this and the significant increase in salary (more than the other job offer), my wife and I gave this offer some serious thought. She would remain doing what she was already doing, but would be recognized for the work she was doing. Accepting this position would also be a great thing for her resume as it would show a natural progression from officer, to manager, to director within a 2 year period. The only downside is that there would be limited growth for her after this point. There wouldn’t be any other advancement within the organization.

The Best Job Does Not Always Have the Highest Salary

I’ve said it before, but the simple fact of life is that the best job does not have the highest salary. My wife and I sat down and talked about both positions and tried to figure out what was most important to us. Despite the advice given to us by most, my wife and I decided to accept the lower-paying manager position. While she enjoyed her current position and would have been happy to stay where she was at, the possibilities for the future excited her more than a larger boost in salary.

Most people in our situation would often take the higher paying salary because advancement down the road is uncertain. There’s no guarantee that she will get a promotion in another year or two (or 5 years). Even though there’s no guarantee, we live with a different philosophy. My wife started at the company in an Americorps position, making less than minimum wage. It meant a huge sacrifice for us financially so that she could jump into a new career. It gave her relevant experience and it expedited her advancement within her career.

It worked the first time. Why not a second time?

Thus, she is taking a leap of faith, with the goal that the long-term benefits will outweigh the lower salary. While many people question her actions of essentially taking a pay cut, I couldn’t be more excited for her as she grows in her career.

Do you think she made a bad decision? Which job would you have chosen?