Clipping Coupons: Is it Worth It?

There are few years in my life that I remember without having a computer in my home. I grew up at an early age, connecting to the internet through dial up and being limited to how much time I could spend on the internet. Between a handful of computer games and the beginning of exploration on the so called ‘interwebs,’ I learned a lot about how computers work and especially how to use computers to accomplish what I need them to do.

I’m not a computer programmer, but I am known by family and coworkers as being an IT guy. My generation is a unique generation that has grown up with the boom of technology. In many ways, actually clipping coupons is a foreign exercise to me. The only form of couponing that I have performed is visiting a website in order to find a code. That’s not to say that the physical act of clipping coupons is extinct. That’s clearly not the case. The question is instead, should it be? 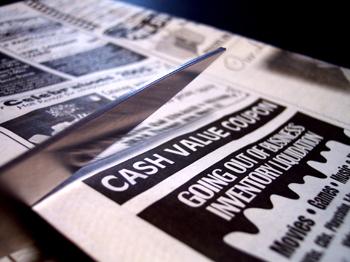 Before we start talking about weighing the costs of time and money, let’s not ignore an important aspect of this conversation: saving money. I don’t want to confuse anyone of my stance towards saving money. I’m not one of those people who suggests that the secret of personal finance is just to make more money. Instead, I’m a huge fan of saving money. It’s a huge part of financial success. Saving money isn’t just about having a surplus of money each month. It’s also about having the discipline to control your spending. It’s an indication of valuing the long term reality over your present circumstances. While I’ll be the first to admit that saving money can be hard sometimes, anyone and everyone can do it regardless of age, gender or location. Just like I, as a 25 year old can save money on my bills, so can a 60 something year old from the UK can save money with Churchill.

How Much is Your Time Worth?

Whenever someone asks if couponing is worth it, as I am suggesting here, the real question that they are asking is how much is my time worth. As I hinted at earlier, there are some that take this to the extreme and calculate how much every how of their life is worth. For example, in order to determine whether it’s worth my time to cut out a few coupons, I could compare it to my hourly rate at my job or what I could make freelancing. In other words, I would ask myself how much could I be earning right now if I were working? In many ways this can be a valuable lesson that helps prioritize things in your life. Instead of wasting your time on the small things that don’t matter, you are able to focus on what’s important.

On the other hand, life isn’t all about money or work. If you could work 24/7 and make a lot more money, would you? Absolutely not! The truth is that life is about balance. Sure, you can push yourself to working 45 hours a week instead of 40, but eventually there is a tipping point. You need to include a variety of activities in your daily life to have an appropriate balance and not obsess over money. In the same way that no would would or should spend hours getting discounts for Direct Line home insurance, no one should work too much.

By this logic, since you can’t work 24/7, one might assume that I am a proponent of clipping coupons. Clipping coupons can be a great way of reducing your monthly expenses without having to feel like you are working. You could do these things while watching TV or while talking about your day with your loved one. For those who are able to accomplish in a manageable way, kudos to you. However, it just isn’t for me. While I recognize that I could save more money by clipping coupons, I also recognize that I am busy enough – and it still feels like work. I would much rather spend time on twitter or my blog which will result in more value (whether or not I see the direct results of this extra time is besides the point since I enjoy it).

Do you spend time clipping coupons?